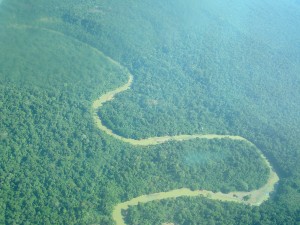 The Amazon region in Ecuador, called Oriente, with its tropical rainforest has one of the highest biodiversities on earth. There are more than 500 spieces of birds, 1000  spieces of fishes, 400 water living animals and snakes, 200 mammals plus more than 20 000 spieces of trees and plants, and still more to be described  by scientists.

The Amazon region of some 130.000 square kilometers represents close to half of the country´s territory, inhabited by a number of ethnic groups with different languages and traditions. Travelling in the Oriente is by canoe and boat on the rivers or by airplane between the 300 plus landing strips. 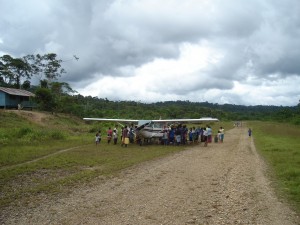 Mera, or Shell Mera, in the Pastaza province, is a hub in the air traffic of the Oriente. The airport was built by and named after the Shell oil company when looking for oil in the 1940-ies. There are quite a number of small air transport companies offering their services in the Oriente.

The transition between the Andean and the Amazon regions holds a number of eco-systems with abundant flora and fauna. The rivers growing bigger on their way from 5000 meters, 16 000 ft, above sea level are filled with rapids and spectacular water falls before widening at some 1000 meter, 3000 ft, above sea level, into the finally giant Amazon river, holding one third of the sweet water of mother earth.

We offer Amazon jungle experiences with emphasis on flora, fauna and / or people and their living conditions, as well as for different budgets.